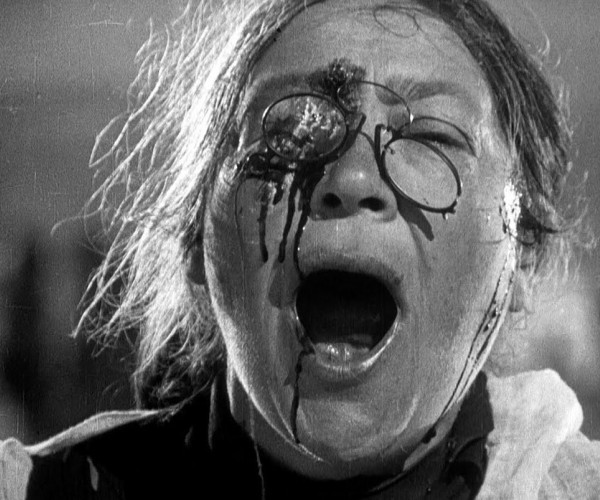 When they are fed rancid meat, the sailors on the Potemkin revolt against their harsh conditions. Led by Vakulinchuk (Aleksandr Antonov), the sailors kill the officers of the ship to gain their freedom. Vakulinchuk is also killed, and the people of Odessa honor him as a symbol of revolution. Tsarist soldiers arrive and massacre the civilians to quell the uprising. A squadron of ships is sent to overthrow the Potemkin, but the ships side with the revolt and refuse to attack