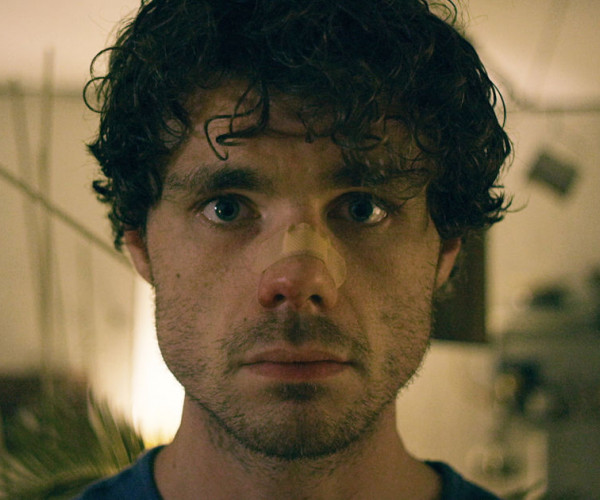 A man whose lush inner thoughts are rendered mute by a crippling stutter feels isolated from the world despite a flourishing online relationship.