What is it we all love about a good twist ending or the hairpin bends in the most dark and diabolical of filmic tales? The sense of the inevitable stripped back and laid bare, replaced instead by the breathless reeling of not having seen it all coming? Working it all out before our co-audience and revelling in the sense of being just that little bit cleverer than them, or as clever as the filmmakers and writers behind the nail biters at least. Whatever the reason there’s something unique about the best twisted tales, so much so they’ve even formed a sub-genre of their own, various lists on the net boasting the top twist or shock endings of all time. As a writer with a particular penchant for twist endings, sometimes darkly comic, sometimes moving, there’s nothing I love more than the sudden gasp or fist punching the arm of a chair I get out of my best friend when she’s test reading my screenplays, then I know I’ve got it right! Alongside the ‘twisters’ sit their not so distant cousin, tales such as ‘Secretary’ ‘Run Lola Run’ ‘Blue Velvet’ ‘Six Degrees of Separation’ ‘After Hours’ films with storylines, characters and events so clever, audacious, intricate and often absurd and cunning that, in the hands of master filmmakers who have the potential to manipulate their audiences with the alacrity of a magician, you cannot help but fall for their sweetly sickening poison and enjoy the sometimes dark and malicious fun. 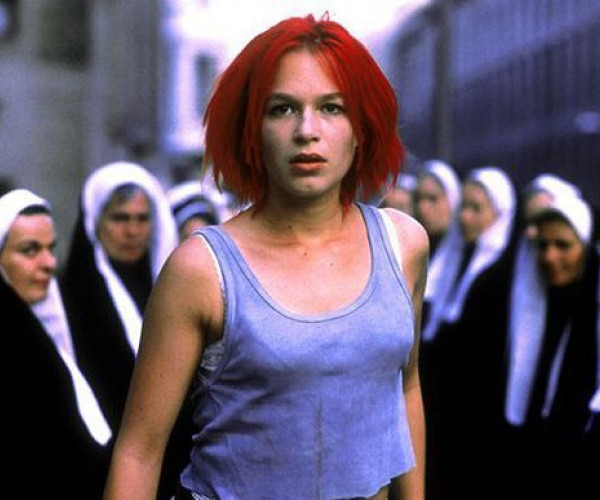 In this visually and conceptually impressive film, two-bit Berlin criminal Manni (Moritz Bleibtreu) delivers some smuggled loot for his boss, Ronnie (Heino Ferch), but accidentally leaves the 100,000 mark payment in a subway car. Given 20 minutes to come up with the money, he calls his girlfriend, Lola (Franka Potente), who sprints through the streets of the city to try to beg the money out of her bank manager father (Herbert Knaup) and get to Manni before he does something desperate.