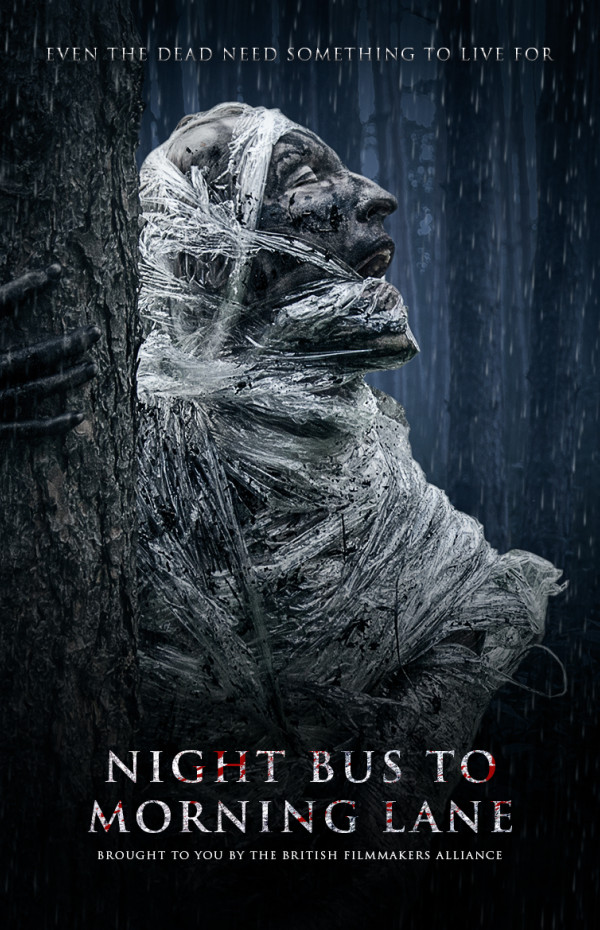 Tristan Muldoon, lays in a year long coma following a savage blood hungry attack by a group of underground extremists believing themselves to be a pack of sanguinarian vampires. With the attack caught on film, and finding its way onto the internet, it goes on to reach national infamy and become known as ‘One Guy Twelve Vampires’. With that Tristan becomes a victim for a second time. Now to the parasites of ‘normal’ society who obsess over the footage and post their own reaction videos to sit alongside it.

Tristan’s sad face is soon overlooked by the police who have a more pressing need to catch a compulsive serial killer, holding the city in a death grip of fear, but all is set to change and take an even darker turn for Tristan when he finally awakes from his coma and recognizes the growing list of the killers victims as the same faces of those who’d slit him open to drink his blood one year previous. Knowing the killer will seek him out the police use Tristan as bait, throwing him back among the various wolves that surround him and onto a collision course with the unknown killer.

The truth is often stranger than fiction. In 2007 the Dnepropetrovsk Maniacs murdered 21 innocent people in the Ukraine, filming many of the attacks, one leaking onto the internet to become known as ‘One Guy Two Hammers’ and inspiring a host of reaction videos from the quiet minds of ‘normal’ society. Over the past 100 years 300 murders have been carried out by those believing themselves to be akin with the creatures of folklore and 9 serial killers have declared themselves to be sanguinarian vampires, requiring human blood to survive. Blending these unsavory elements of the human animal’s tastes ‘Night Bus to Morning Lane’ aims to be a jet black new take on the ever popular vampire myth, with a hard hitting twist making it more akin to foreboding psychological thrillers, set in a style of mesmerizing beauty inspired by classics such as Nosferatu and the 1930s Universal Horrors.
Download Film Brochure
Back
Rights are available for this title
Accredited Agents/Distributors click here for a list of rights and a screening code.
For Accreditation please submit here click here.