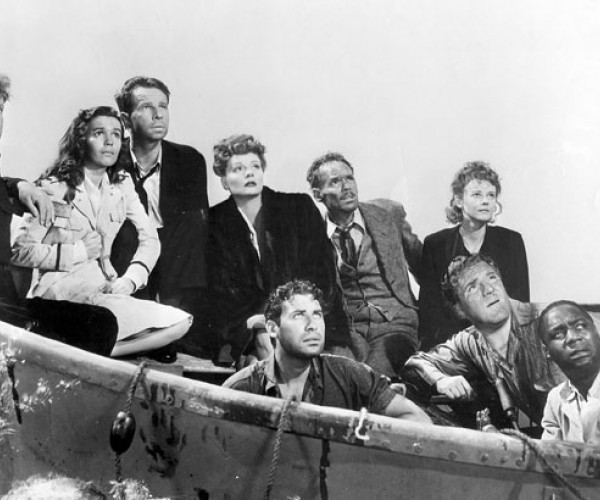 In this tense Alfred Hitchcock thriller, based on a John Steinbeck novella, American and British civilians who have survived the sinking of their ship by a German submarine struggle to reach land in a crowded lifeboat. When a German officer (Walter Slezak) is rescued from the water, the group allows him to board, but his presence only increases the tensions on the boat. Soon treachery ensues, and the population of the vessel gradually decreases as conflicts come to a head.