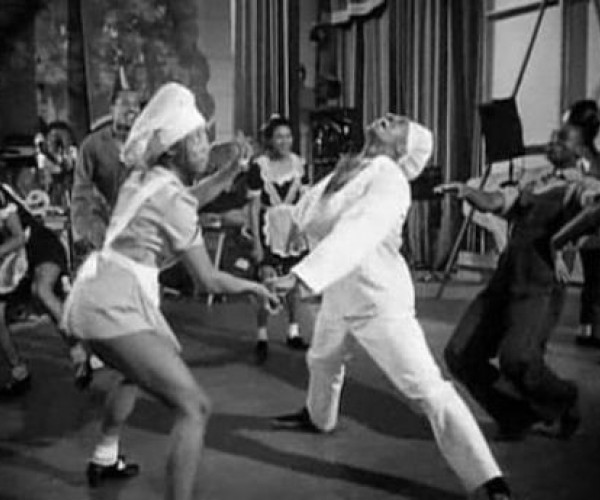 Vaudeville comedians Olsen and Johnson would be forgotten if not for this delirious vehicle, nominally an adaptation of their Broadway stage hit. Ostensibly about an attempt to turn Helzapoppin’ the show into a backstage musical, this surreal, altogether avant-garde fantasia rings wild changes on the film-within-a-film format, beginning with an exasperated director shouting “Cut!” on an opening sequence set in hell. Later, the stars get stuck between film frames as chaos breaks out in the projection box. Helzapoppin’ has an animation counterpart in Chuck Jones’s Duck Amuck (1953), in which Daffy Duck discovered the existential drawbacks of being a character in a cartoon.