It didn’t take cinema long to realise that the art form could be its own juiciest subject. Silent cinema’s most famous musing on itself is Buster Keaton’s Sherlock Jr (1924), with the star as a projectionist dreaming himself into a movie. But eight years earlier, Charlie Chaplin made this illusion-puncturing short about the humdrum realities of the movie studio. Chaplin’s antics as a stage hand reveal the industrial nature of the silent film business, while a scowling director in dark glasses and cap worn backwards – grimly supervising a pie-throwing scene - is surely the first angst-ridden auteur to be depicted on screen. Films about films usually show the filmmaking process as pitted with heartache, chaotic, destructive to the mind and soul of those wishing to fulfill their creative urges, monstrous battles of egotism and greed. Whether that falls short of the truth or not, only those who’ve trodden the lonely path and made films can say. However, watching these films will be illuminating, cathartic and inspiring for filmmakers, and with their warts and all take will no doubt make them feel less alone. 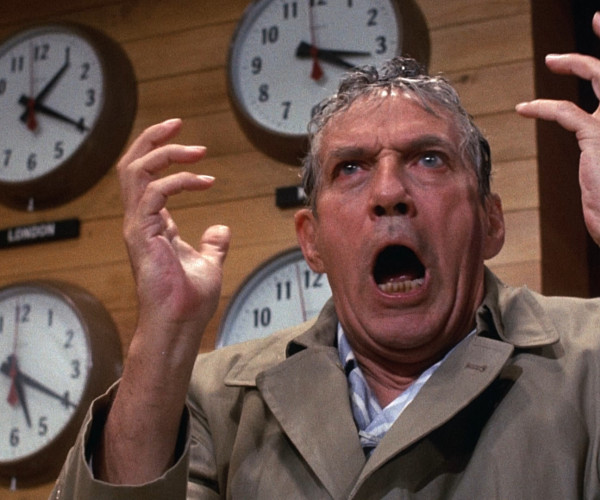 In this lauded satire, veteran news anchorman Howard Beale (Peter Finch) discovers that he's being put out to pasture, and he's none too happy about it. After threatening to shoot himself on live television, instead he launches into an angry televised rant, which turns out to be a huge ratings boost for the UBS network. This stunt allows ambitious producer Diana Christensen (Faye Dunaway) to develop even more outrageous programming, a concept that she takes to unsettling extremes.