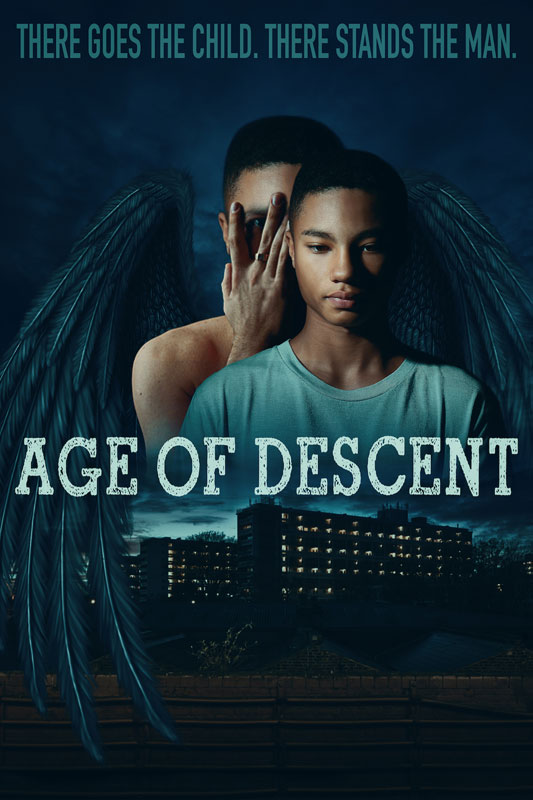 Age of Descent is a multi strand story following the lives of five teenagers and their young teacher at an average suburban school. It follows the pain, hopes, joy, fear and despair of these six lives as they each travel their own life journeys and cross each other’s universes. The story begins with news filtering through and the sadly familiar footage of another teenager lost to knife crime. Jump back to the beginning of that term and we pick up and begin to follow the lives of five very different children, and their teacher, knowing one is destined to become lost to a statistic and have their life and future stolen far too young and much too soon.

Age of Descent was initiated in response to the unprecedented number of knife related crimes, street violence and murder and other issues of hostility, discord and psychological abuse, which have become so prevalent among youth culture in recent years. By thrusting the true life experiences and feelings of young people into the heart of the drama we’ve hoped to make the most powerful statement we can and provoke thought and debate and expose the deeper levels of the issue of knife crime and youth on youth violence in its tragic and shocking reality.
Download Film Brochure
Back
Rights are available for this title
Accredited Agents/Distributors click here for a list of rights and a screening code.
For Accreditation please submit here click here.